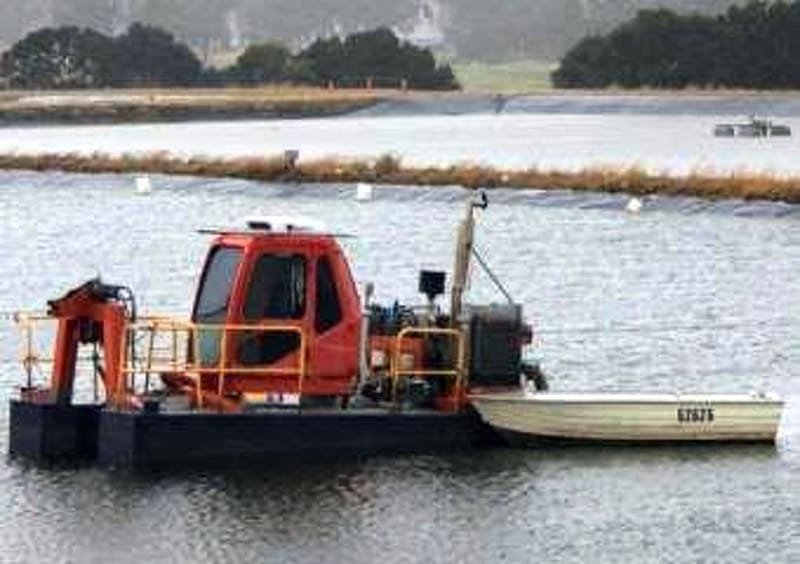 TasWater is taking steps to address odour issues at Smithton Sewage Treatment Plant (STP) with the removal of thousands of tonnes of anaerobic sludge.

The sewage lagoons at Smithton were commissioned approximately 30 years ago but haven't been fully de-sludged during that time. It is the build-up of sludge, particularly in the first of the STP's six lagoons, that has been causing odour issues.

The de-sludging process commenced late last year. The first lagoon has now been totally de-sludged by contractor Conhur Pty Ltd with with work underway in a second lagoon.

The work is expected to be completed in May with the removal of between 5500 to 6000 tonnes of sludge from three lagoons.

Most of the extracted sludge is being transported off-site as liquid or de-watered and spread on local agricultural land as bio-solids. Some of the sludge will remain on-site for drying in the sludge drying beds.

Residents can be assured that the sludge is being removed, handled and transported in a safe, timely and environmentally-responsible manner.

The use of bio-solids is a carefully managed process and is carried out in line with all the relevant Environment Protection Authority (EPA) protocols. These guidelines require adherence to set-backs from water courses, native vegetation, houses and roads.